A laudation for Sinéad Morrisey

A LAUDATION FOR SINÉAD MORRISEY
EUROPEAN POET OF FREEDOM 2020

Sinéad Morrisey gives freedom a new name, an unexpected one––the name of balance. She comes from Ireland, a country with a poetic harp in its national emblem, where for centuries bards were equal to kings. They were also always men. As the late Eavan Boland wrote, “Poet and woman do not rhyme in Ireland.” Today the situation is radically different, the voice of women speaks with the power of courage, beauty and originality. In Poland we learned about it from the Six Irish Poets anthology, prepared and translated by Jerzy Jarniewicz. This is also when we first got to know Sinéad Morrisey’s poems. And now we were enchanted by the volume of poetry from 2017 titled On Balance. It opens with the poem titled “Millihelen,” which tells us that the launch of Titanic in Belfast in 1911 was successful also due to the beauty of a she-whale, because it was her train oil they “slathered all over the slipway,” on which the huge hull of the ship slipped into the sea. Convinced of the inadequacy of technology and engineering work, the poet invents a “millihelen,” a new unit of measure that indicates the amount of beauty necessary to prevent the multi-tonne machine from capsizing. What seemed obvious to outsiders, that is, maintaining balance, required in fact a great deal of effort and knowledge in tune with beauty.

The Polish version of “Millihelen” is magnificent due to the masterful translation by Magdalena Heydel. This applies to all the pieces in this volume. Sinéad Morrisey has an impressive knowledge of the world that is constantly falling off the rails, travels between distant cultures and epochs, and is able to speak languages of various poetic forms, which echo the fascination with both the folk imagination, as well as the secrets of science. All of this indicates the richness of her poetry, but also poses a great challenge for a translator. Magdalena Heydel’s excellent skill and extensive experience in translating English-language literature have certainly contributed to the excellent translation of On Balance. It seems, however, that there is something more to it. In this joint work of two women you can feel the affinity of imagination and cognitive passions, human sensitivity to what is different and non-human. It is Magalena Heydel’s great merit that the language of this poetry, deeply rooted in tradition, does not even for a moment die in historical artificiality or erudite excess, giving words vitality as if they had only just been born in the language.

The voice of women in Sinéad Morrisey’s poetry, sensitive to patriarchalism and exclusion, is not only concerned with itself, but also seeks balance in a profound leaning beyond itself. In the stunningly beautiful poem titled “Collier,” we discover that a woman’s tender voice can lead us to otherwise unreachable corners of the souls of those who are “black as bats.” The same is true for the medieval genius Ismail al-Jazari, whose “Book of Knowledge on Ingenious Mechanical Devices” we open with the poet to listen to the “clicking of dismantled humanoid automata” and discover that the world is still “tauhid,” that is, the oneness God. The poet’s fascination with the circus, dating back to her childhood, leads us into a world of “impossible bodies” by means of the art of stunts free from the laws of gravity, where a person is “swinging herself clear of our one/credible dimension/& surviving” (“At the Moscow State Circus”). The Morrisey human is like a tightrope walker, who, in order not to lose their balance, cannot stand on the rope without movement, so they constantly lean one way or the other, reaching with their genius and beauty of their art the limits that in a different situation––if they gave up the search for balance––would be unattainable for them. This scene takes on a special meaning in Gdańsk, the city which, keeping up with its freedom traditions, together with poets from all over Europe, is looking for new, contemporary readings of the word “eleuteria,” “freedom” or “свабода,” to recall its Belarusian sound, with which we sympathise particularly strongly today. How well do we understand the situation here in Gdańsk, where one cannot stand still after having won freedom, that freedom, like balance, is not given once and for all, that stillness in the form of moral apathy, social indifference or mental laziness will bring us new forms of enslavement. How could we believe that freedom can be separated from solidarity, leaving it without leaning towards the other? Sinéad Morrisey, the European Poet of Freedom, moves us to the core with the words from the poem titled “The Wheel of Death,” which thanks to Magdalena Heydel sound as if they were born in Polish:

…yet
this afternoon it’s you! – fine-tuned,
self-trained,
free –

& lo, your uncanny
balancing abilities get tendered,
recklessly, out to us
as a final sacrifice,
the bind
we can’t undo… 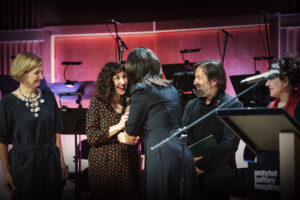 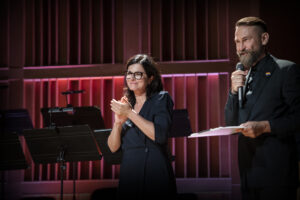 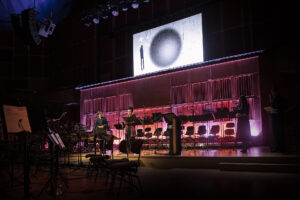 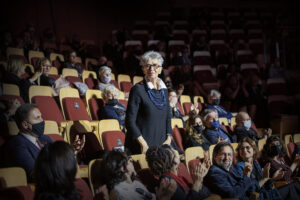 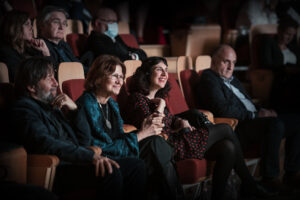 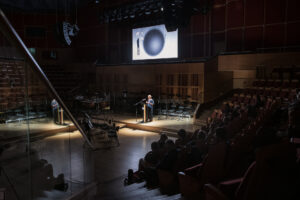 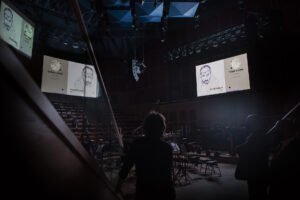 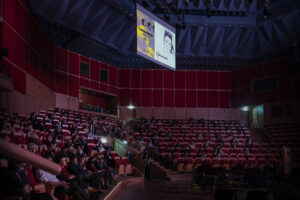 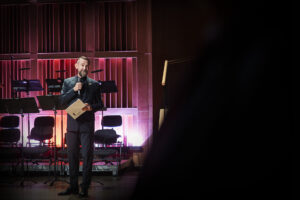 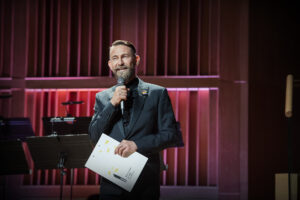 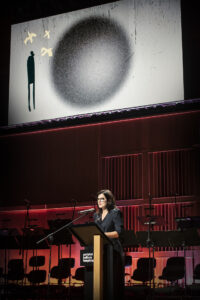 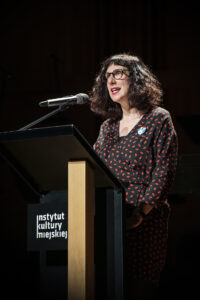 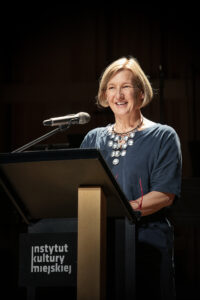 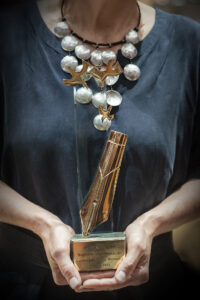