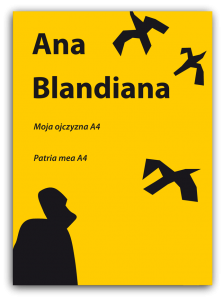 Ana Blandiana represents the archetype of a writer whose life and work  reflects the collective fate. She belongs to the group of writers who pose as witnesses of their times; in her poetry she searches for her identity and for a way to reveal the truth and justice. Through her creative process she opposes the meaninglessness of the world and the mechanisms which systemically enslave and annihilate the individual. The poet questions the limits of freedom concerning violence and enslavement. The theme of “my native land” refers to the country where Blandiana – the poet lives, and to the standard sheet of paper she faces when working. It also signifies the homeland of anxiety (the title of the ultimate poem in the collection), the space for displaying not only admiration for the beauty of the world as the topic of her dialogue with the “Author of this merciless perfection”, but also anxiety and fears for the condition of humankind in its search for existential balance.

The collection “My Native Land A4”, published in 2010 and nominated for the European Poet of Freedom Literary Award, has been translated into English, Italian and Spanish. 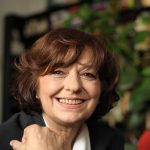 Born Otilia Valeria Coman Rusan in 1942 in Timişoara. Poet, essayist, translator and activist. Her 1959 debut was published in the daily newspaper Tribuna. In 1967 she graduated from the Babeș-Bolyai University in Cluj-Napoca with a degree in philology. Before the 1989 revolution she had been known as a dissident and human rights defender. She directly opposed Ceauşescu in her public speeches and interviews for Radio Liberty and international press. Due to her political affiliations Blandiana’s literary works were prohibited during years 1959-1964, 1985, and 1988-1989. In December 1989 Blandiana participated in the successful Romanian Revolution against Nicolae Cauşescu’s regime and briefly joined the Council of the National Salvation Front, from which she resigned to show her opposition against the seizure of the Romanian Revolution by antidemocratic forces. Together with Romulus Rusan and under the auspices of the Council of Europe Blandiana initiated and founded the Memorialul Victimelor Comunismului şi al Rezistenţei – the Memorial of the Victims of Communism and of the Resistance whose research centre organises annual conferences and exhibitions on totalitarianism.

Blandiana is an author of 25 poetry collections centred on a range of topics: from existential, spiritual and sensual matters to sociopolitical commentaries on women’s issues. She has also published several novels and volumes of sociopolitical essays. Her works have been translated into over 24 languages and established her position as the world-renowned Romanian writer. Blandiana has received multiple literary awards: the Writers’ Union of Romania Poetry Award (1969), the Romanian Academy Poetry Award (1970), Bucharest Writers’ Association Literary Award (1982), The Herder Prize (1982 and 1988), The Opera Omnia Award (2001) and The Vilenica International Literary Prize (2002).

Ana Blandiana’s 2010 “Patria mea A4” is nominated for the European Poet of Freedom Literary Award; in 2014 the collection was published in Spanish (“Mi patria A4”, Pretextos, Valencia) and English (“My Native Land A4”, Bloodaxe, Hexham). 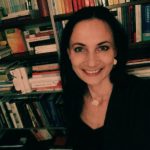