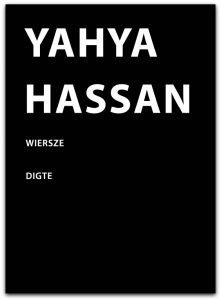 Yahya Hassan published his first volume on October 9, 2013. 800 copies (which is an impressive circulation as for poetry in Denmark) were sold in just several days. 6,000 more copies were printed on October 17, on the last day of the month the circulation reached 25,000, and one month later on December 1, 52,000 copies. On December 11, so almost two months after publication, the number hit 100,000, which had never happened before in the history of Danish literature. In November Yahya Hassan won the Book Fair Award (BogForum) in the category debutant of the year, whereas at the beginning of 2014 “Weekendavisen” and “Politiken” granted him impressive financial literary awards. Moreover, in 2013, he was honoured with Bodil and Jørgen Munch-Christensens Award for debutant of the year and was nominated for Danish Libraries Award, Readers Award from “Berlingske Tidende” paper, and Montana Litteraturprisen granted by “Information” paper, furniture producer Montana, and Testrup Folk High School. By the end of 2015 the book was translated into ten languages and was published in Germany, Spain, Italy, Netherlands, Brazil, Sweden, Norway, Finland, Island, and Poland.
The book is available at terytoria.com.pl and at City Culture Institute (Długi Targ 39/40, Gdańsk.) 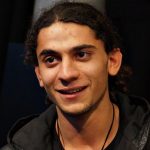 Born in 1995, a stateless Palestinian with Danish passport, as he calls himself. His debut collection “Yahta Hassan. Digte” (“Yahta Hassan. Poems”) is an unprecedented phenomenon in Danish literature: it sold one hundred thousand copies within two months since its premiere. Hassan was awarded a prize for the debut of the year, the “Weekendavisen” Literary Prize for 2013 (100,000 dkk), and the “Politiken” Literary Prize. His collection has also been nominated for the annual Danish Association of Libraries award and for the “Berlingske Tidende” Readers’ Award.

Yahya Hassan comes from a family of Palestinian muslims who emigrated to Lebanon and then to Denmark in 1980. Born in Aarhus V, the immigrant district, he grew up in a religious neighbourhood but quickly discarded islam. He attended a school for vulnerable youth where his literary talent was greatly supported by his teachers.

His first collection, criticising islam and his parents’ generation, caused a great stir and animosity towards Hassan, who received threatening post and, despite police protection, was even injured by a muslim with terrorist affiliation. The situation triggered many discussions about the need to protect the freedom of speech.Yahya Hassan is nominated for the European Poet of Freedom Literary Award for “Yahya Hassan. Digte” (“Yahya Hassan. Wiersze”) published in 2013. The collection has been translated into English, German and other languages.

Translator and literary critic, for many years Bogusława Sochańska worked at the Department of Scandinavian Studies, Adam Mickiewicz University in Poznan and held a position of cultural attaché at the Polish Embassy in Copenhagen.

Since 1999 she has run the Danish Cultural Institute in Poland. She has received the highest honour awarded biannually by The International Board on Books for Young People (IBBY): in 2007 Sochańska was awarded The Hans Christian Andersen Award for three-volume edition of Andersen’s 164 stories translated into Polish for the first time. In 2014 Sochańska was awarded The Danish Award for Literary Translators by The Danish Art Foundation for her exquisite translations and the promotion of Danish literature.