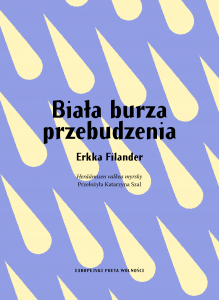 Erkka Filander’s poetry is as soothing and disturbing as an old garden. The daily transformations of nature, synesthetically impressed in the poem, also reflect the transformations of its protagonist. These verses are like the wind sweeping the internal and external landscapes, remembering their temperature and shape with the tenderness of a blind person’s palm. Contemplation? Certainly, but most of all experience of the moment; the protagonist of the poem The White Storm of Awakening is not a naturalist, but a participant in Nature, and together they permeate each other in a loving embrace. The reader of these poems, similarly to their author, will “open up” with his/her “senses as a coat billowing in the wind”. Here, there is no division into the inside and the outside. Nature inseminates both Filander and us word for word. Then we have the mastery of the metaphor – the most unpredictable element of all.

Erkka Filander, Finland (b. 1993). Erkka made his debut in 2013 with the book Heräämisen valkea myrsky (The white storm of awakening, Poesia), which was inspired by poems by John Keats, Percy B. Shelley, Dylan Thomas, Rainer Maria Rilke, and Arthur Rimbaud. The book won the prestigious literary award of Helsingin Sanomat, the biggest Finnish newspaper, for debut of the year, and he thus became the youngest winner in its history. His second book of poetry, Torso (Poesia 2016), was nominated for an important literary award – Tanssiva karhu. 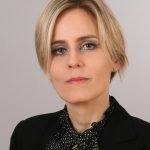 Katarzyna Szal graduated from the Polish philology at the University of Wroclaw. She was awarded her doctoral degree in Finland, after publishing the dissertation Finnish Literature in Poland, Polish Literature in Finland. Comparative Reception Study form a Hermeneutic Perspective (2013). She is a translator and a promoter of Finnish literature. She also regularly contributes to the Twórczość monthly.