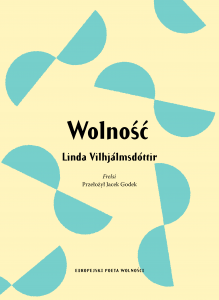 The volume Freedom is essentially about enslavement. Its author stigmatizes with irony the petty bourgeois rituals, all the well-being into which capitalism, pop culture and our own spiritual laziness have driven us. The lives of the characters in these poems revolve between a couch in the living room and a barbecue in the garden, between banal work and even more banal pleasures. And all this in the shadow of an impending ecological disaster. In Vilhjálmsdóttir’s poetry, ecology is not a fashionable ornament but a real ethical problem. The worship of corporeality as an ersatz of faith in a supposedly dead God is another weighty theme, resounding in these texts with dry, helpless regret: “pumping / on the terrace and tying up in the water coursing / and on the treadmill in the garage // in this way / we will soon fulfill all the conditions / for the resurrection of the body”. Linda Vilhjálmsdóttir documents the annihilation of the Garden from which we emerged, while undertaking a polemic against the religious doctrines that throughout history have effectively hastened that annihilation. What is impressive is the endurance of the Icelandic poet’s cold verses, which are able to lift politics, ecology, and religion without losing the charm of simple lyrical construction. 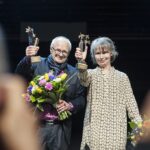 Jacek Godek (b. 1958) is a translator of Icelandic literature, actor, journalist, father and grandfather. He has translated numerous books, ranging from medieval to contemporary Icelandic literature. Selected titles under his belt include 101 Reykjavik, Devil’s Island, Women, The Sorrow of Angels, and The Flatey Enigma. He debuted as a translator at 16, when he translated several poems by the Icelandic Romantic poet Jónas Hallgrímsson for the Polish Radio. His hobbies include golf, cinema, theatre and translating Icelandic songs.