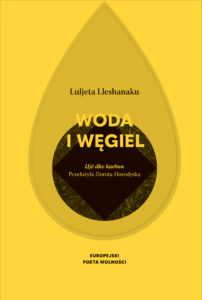 Luljeta Lleshanaku has an acute ear for poetry, directed inwards and outwards. In deep layers of her corporeality, which serves as a reservoir of memory, she hears voices of her ancestors and humbly accepts that she cannot escape them. They represent her complex heritage, the substance of identity. At the same time, the Albanian poet records the hum of history: the one made by humans, often marked by greed and hate, and the one made by the universe, planetary and geological, that we are bound to eternally in an alliance of matter. Data from those two sources is then processed by Lleshanaku’s tender heart into poetry. Instead of crafting a manifesto of individuality, her words rather celebrate a single being amazed by the world, dazzled by its wealth, and frightened by numerous forms of oppression we may devise for each other.

Luljeta Lleshanaku (born 1968) is a poet, journalist, translator and screenwriter. She graduated from the University of Tirana with a degree in Albanian philology and has published 8 books of poetry since 1994. Her works were translated and published in Austria, Croatia, France, Italy, Poland, Spain, United States and the United Kingdom. Her book Child of Nature (Femijët e natyrës, translated into Polish by Dorota Horodyska) was published in 2011 as part of the 2nd edition of EPF. Lleshanaku has won several literary awards, including Crystal Vilenica (2009), Slovenian International Literary Festival award (as the first Albanian author to receive this prize), Silver Quill award – the highest literary prize in Albania (2000), Tirana Book Fair Author of the Year award (2013), Albanian Kult award (2013), Pristina Book Fair Author of the Year award (2013 – for poetry), and PEN Albania (2016). Currently, she works as a research director in Crimes and Consequences of Communism Research Institute in Tirana. She also lectures at the Film and Multimedia Academy Marubi in Tirana.